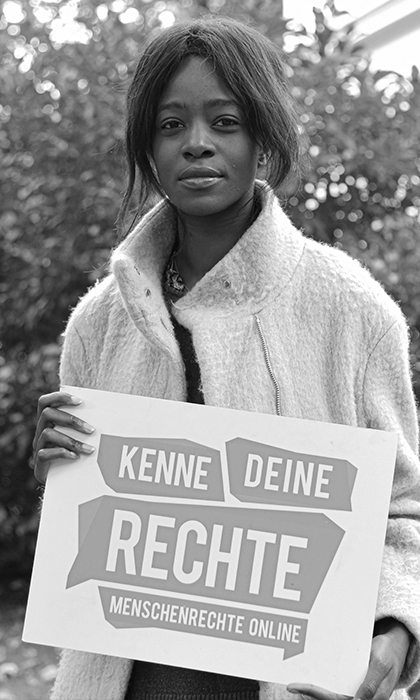 During the ongoing COVID-19 pandemic, the fate of refugees has very much been pushed into the background and is barely given any attention. Considering the importance of World Refugee Day on 20 June, it would be interesting to figure out how and to what extent the situation of refugees could be recognized in today’s society to commemorate and live up to this special day.

What I learnt from working with refugees

After working at a refugee camp myself, it occurred to me that the people there are obviously normal human beings just as you and me, entangled in an unlucky situation, with a big wish to live a healthy and happy life. They were ready to risk almost everything, to leave behind all their belongings and to leave their homeland – or rather, they were unwilling to do all these things, but due to their harsh circumstances, were forced to do just that. While most people working in these refugee camps are indeed doing a proper and respectable job, there were a few who acted like zookeepers or like watchdogs of a big sheep herd.

Working with asylum seekers at the refugee camp made it possible for me to personally meet these very individuals who are facing persecution . I was lucky to witness their situation first-hand and to speak to them to gain some insight into their reality. Little two-year-old Hassan and his parents for example, who presumably came from Afghanistan, were extremely happy and glad to be in a safe country now. They wanted to study German very much. Of course, I fell in love with their little baby boy, and Hassan immediately won the number one spot in my heart. Now, all I know about them is that they are among those millions of refugees scattered across the globe, shifted from place to place under harsh policies. As of today, I do not know where they are and whether they were able to fulfil their dream of living in a safe country.

Increased hardships for refugees due to COVID-19

What many people also do not realize is that refugees too are among the most profound victims of the COVID-19 pandemic. Today, due to the pandemic, refugees are being “dumped out” and stranded in the streets of Greece or other arrival spots across the Mediterranean, due to the increased lack of accommodations for the sick. At the same time, Syrian refugees stranded in Lebanon are struck by poverty together with locals, as 45% of the country’s population are being pushed under the poverty line, according to the World Bank.

With the pandemic stepping up its pace globally, social inequalities become more visible even in Western, developed countries. However, when considering the situation of those marginalised and living in refugee camps or camps for internally displaced persons, the situation is worse than many of us can even imagine. Medical facilities are scarce, resources are low, and problematic hygiene and security measures make it nearly impossible to observe social distancing or other hygiene recommendations. Refugees are – once again – pushed to the margins of our society. Yet this time, they are not even mentioned in the news headlines.

The value of a human life

To think some people do not perceive refugees as normal human beings with feelings and dreams is very worrisome. It seems that they are often merely seen as human casualties, rather than human beings.

Now in today’s time, the violent killing of George Floyd and of other dark-skinned persons by security forces in the United States is subject to most discussions within society and the media. Here, we can see clear overlaps of how in the eyes of some, the value of the human life differs depending on where you are from and what you look like. While on the one end of the spectrum the life of some is considered worthless, there are those who have the luxury of having their life perceived as more valuable. This of course is not true; no life is worth less or more than another life.

Particularly in Europe, the political landscape in some countries has shifted to the right due to the aftermath of the so-called “refugee crisis” in 2015. Refugees are scapegoated and used as excuses to fuel heated political and social discussions, as well as to instil fears within society. Therefore, the question still remains to this day, whether World Refugee Day will continue to be met with tolerance from many people in the years to come, or whether it might turn into a day marking outrage, frustration, and fear for some people instead.

What can be done? It is important to raise awareness, to show solidarity, and to never stop speaking about those who are forgotten in public and medial discourses. World Refugee Day should become a day on which humanity and the wonderful diversity the world brings is celebrated, and a day on which we are reminded that no humen being is worth more or less than another.