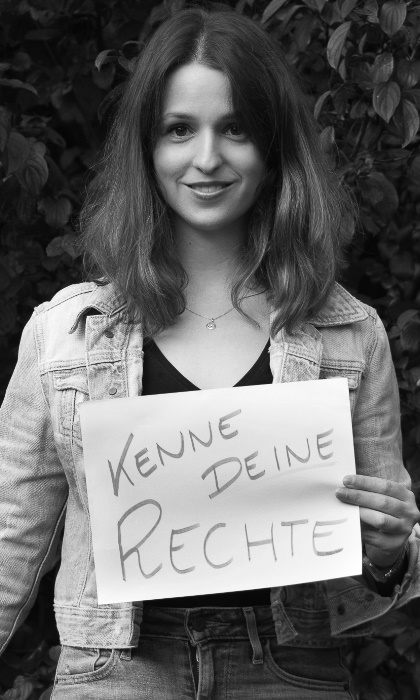 The story of my ordinary family is just a small glimpse into what the suffering feels like”, states Hala Kamil, Syrian widow and protagonist of the film Watani: My Homeland.

The true-life documentary is nominated in the ‘Documentary Short Subject’ category of this year’s 89th Academy Awards. Filmed over the course of three years from 2013 to 2016, the film follows a Muslim family as they attempt to start a new life in Germany. Hala, her husband – former engineer and Free Syrian Army Commander – Abu Ali and their four children Hammoudi, Helen, Farah and Sara used to lead an ordinary life in Aleppo. That is, before their neighbourhood, once bustling with residents, was turned into a war-field
. After Abu Ali was captured by ISIS, Hala and her children decided to escape war-torn Syria and find peace in the medieval German town of Goslar.

In order to film the documentary, German director Marcel Mettelsiefen made more than 25 trips to Syria
. His focus lay on producing a film which shows the other side of persecution. “It shows life as a refugee through the humanising eyes of children. […] These kids are the innocent, unpolitical victims of a turbulent civil war,” he explained in a recent statement.

Hala Kamil stunned the audience with her emotional speech at last year’s UN World Humanitarian Day Event in New York. In her “Message to Humanity”, she outlines the tragedies of the Syrian civil war and its effects on the population of her once thriving country. “As I stand here before you today, my beloved Aleppo is burning. 275,000 men, women and children are under siege and two million are living in fear of besiegement. They cry out but they are met with silence, the world does not hear them. Instead, the world hears the echoes of gun shots and explosions, tormented by images of knife-wielding terrorists killing in the name of Islam. Well not in our name, not in my name.”

Despite holding a German refugee passport, Hala might not be able to attend this year’s Academy Awards ceremony. The reason: Donald Trump’s recently implemented – and later blocked – travel ban. Trump’s executive order initially suspended all immigration for citizens of seven countries –  Iran, Iraq, Syria, Sudan, Libya, Yemen and Somalia – for 90 days. The order also suggests barring refugees from entering the United States for at least the next four months. This time will be used to review how refugees are vetted upon arrival. Additionally, Trump’s regulations cut the number of refugees accepted from around the world this budget year to 50,000, which is less than half of the previous limit of 110,000.

Following international outrage and waves of protests, the ban was blocked by a Washington state district court judge on 3 February. A prompt response by the White House labelled the decision “outrageous”. Soon after, a statement was sent out which removed the word.

Last Thursday, a federal appeals court in San Francisco unanimously declined to block the lower-court ruling which suspended the ban. “There is no precedent to support this claimed unreviewability, which runs contrary to the fundamental structure of our constitutional democracy,” the court said. The travel ban on citizens of seven countries will therefore not be reinstated. Notwithstanding the above, an appeal to the U.S. Supreme Court is highly likely. Mr Trump also told reporters on Air Force One that a new order, containing very little change, could be issued as early as Monday or Tuesday.

While this issue was very much linked to US politics in the beginning, it has recently reached Europe. A poll – conducted by The Chatham House Royal Institute of International Affairs (a London based organisation) – has shown that a majority of Europeans are indeed in favour of a muslim ban. The poll surveyed 10,000 citizens across 10 European countries, asking respondents if they would support the statement that “all further migration from mainly Muslim countries should be stopped”. An average 55 percent of participants agreed with such a ban. Differences can be seen between countries; while only 47 percent in the U.K. agree, Spain and Austria are on top of the list, with 71 and 65 percent of citizens who agree with a halt to Muslim immigration respectively.

Director Marcel Mettelsiefen states that due to recent events, films such as Watani: My Homeland gain even more in importance. He calls upon the general public to “reconnect with the common humanity of the refugee experience”. And addressing Mr Trump’s travel ban, to “remember that the founding story of America is dependent upon people who have fled war, hunger and poverty in search of a better life”.

Watani: My Homeland is just one of at least three films affected by the travel ban, with Oscar-winning Iranian director Asghar Farhadi, starring in The Salesman, and the documentary short subject The White Helmets serving as further examples.